Hi friends who are still around reading :) I've wanted to sit down and blog for a while, and have attempted to do so a few times. But I've either been too busy to think about what to write, or I don't know where to start. Between the day-to-day activities around here and the activity in my head - it all seems too overwhelming to write a simple blog post on. The truth is, I don't know where to go from here. On my blog or kinda just in general. I mean - I know I'm going to be OK - but I'm still recovering emotionally. I put so much thought, energy, prayer and EVERYTHING into preparing for Hallie and all that came with it. Now what?

Today Hallie would be 3 months old. I honestly don't dread these anniversaries. Maybe because half the time I don't know what the date or day of the week it is! I think next Christmas will be the hardest. But I also can't help but think what she'd be doing right now. The smiles, tummy time, and I really miss that sweet baby smell. There's nothing like a sleepy, full, cuddly baby and how you can just feel like all is right with the world. I really do try to get those sweet moments in Bella and Farrah. Just soak them up. They are both getting so big now. I don't have "babies" anymore - they are turning into little girls for sure!

So I've found that I've been obsessing focused on different things to keep me busy. I like to be busy, by nature. But I've always been a disorganized busy. I start 100 projects at the same time to MAYBE finish one. But right now I'm all over it! If you need me to come organize your closet - call me. Just kidding. But really - I repainted all the trim in our house. I organized everything - closets, pantries, crafts - everything! Now I'm putting all that energy into losing this baby weight (can I just say it's not fair to have baby weight. I won't go on and on about that). I don't think I'm necessarily avoiding thinking about Hallie - that is IMPOSSIBLE. I think I'm just more focused. Or maybe trying to control things that I feel like I can control. I don't know. But I'm going with it.

I miss Hallie. I really really do. I miss not knowing what a family of 5 is like. I think about her so much, there's no way to count. They are not always sad thoughts. Most of them aren't actually. I have sweet reminders of her all time time. It's almost like a song always playing in the background. I am doing well, I'll just always have a piece of my heart missing.

I appreciate having friends who have been through this and they just get it. I know I've said that many times, but as time goes on I appreciate it more.  A few women who know all the thoughts, experiences, sorrow and JOY in this journey. Without saying a word they get it. It makes me feel normal and not alone.

Like I said... I'm not sure where to go. I'm just living life as best I can day-to-day trying not to worry about the future. That doesn't always happen. I still fret over the little things. One would think I wouldn't after going through my biggest fear in life! But it does.

If you are still reading this post after that scrambled post... thank you! I'm telling you - I would need to post everyday to get all my thoughts journaled. But I just haven't been taking the time. Hince the scrambled thoughts.

Thank you for being such great friends.
Posted by KatieMGreen at 11:00 PM 16 comments:

After our great day at Magic Kingdom on Monday, we decided to stay a little longer in Orlando! Plus... our house back home was staying clean which was good for showings :) Tues, Wed and Thursday we just kinda played around the house, in the hot tub (which the girls called the swimming pool - it was a great size and good temp to get in there!) and we did a lot of bad eating :) Vacation calories don't count. Riiiiiiiiight.

The girls sang Happy Birthday to me

Rachael always talks about Rainforest Cafe, so we had to try it!!!
I just love Bella's coloring these days. She loves to color!

Rachael asked if the girls were scared, but they seemed to like it. But I asked Farrah to do a scary face so I could send her a picture.

She cracks me up more everyday!

We also painted fingernails, watched TV, and the girls "played babies" a lot.

Farrah has also started potty training, I guess. I should probably be more all about it since she's interested... but it was hard to want to worry about it on vacation. But we moved to Pull Ups, and she's keeping it dry most of the time. Even while traveling in the car, she asks to stop and go. This is what we did with her when she wanted to go while in the hot tub... :)

And... Chris worked those photography skills! He loves taking cool shots and loves taking of them of our girls. I reap all the benefits (and I have no idea how to work that camera!!)

We went to Hollywood Studios on Friday (our last day - pics to come). We enjoyed getting to spend the day there with Uncle Ryan and Aunt Melissa - and the girls got to meet their FAVORITE Disney Characters (Oso and Jake!)... they were in HEAVEN!!

While away, I was following Jeannie's progress, and thought about her every second on Friday! Friday Porter was born, and there seemed to be so many reminders of Hallie and Porter that day. March is Trisomy Awareness Month! There is an actual get together in Orlando/Disney in 2 weeks. Some trisomy children get to ride on a float! But while we were there Friday, I swear I saw so many families that had children with trisomy. I don't know if there was a different get together, or what was going on, but it was noticeable to Chris and I. It made me happy, but I also could feel that pit in your stomach... that night I had to come home and research just to know if there was a gathering that I had perhaps missed. But I don't think there was. I think it was just a sweet reminder of Hallie and of Porter.

Thanks also for those who have been praying for the Peabody's. Jeannie is amazing.
Posted by KatieMGreen at 6:03 PM 4 comments:

Please pray for the Peabody's

Jeannie Peabody is another one of the wonderful ladies that I have met along our Trisomy Journey. Her son, Porter, is due mid-April, but he is going to be delivered tomorrow, due to low fluid. Jeannie is amazing. Please pray for Jeannie, Seth, their son Cam and Porter. Thank you. These ladies are all dear to me!

You can follow their story here:
http://lessonsfromportergray.blogspot.com
Posted by KatieMGreen at 3:01 PM No comments:

"Hallelujah" or "Praise to God"

A Day & Night with the Greens 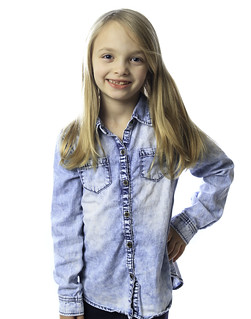 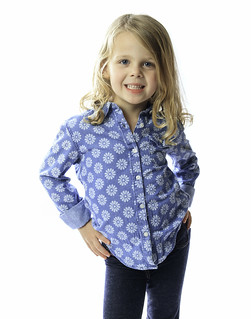 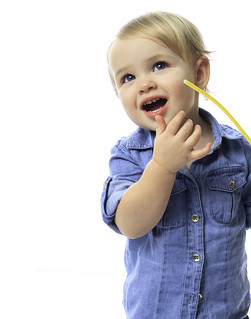